Smoothies are fast becoming popular breakfast foods. Made typically with fruit, vegetables and dairy products like milk or yoghurt and served cold, smoothies are seen as healthy choices. They are also easy to consume. You can drink one up in a few minutes, and have the nutrients you need similar to a meal.

Healthy beverage foods like smoothies, protein shakes and energy drinks are part of the multi-billion dollars health food industry. But do healthy beverages help you lose weight? Are smoothies or shakes  better than breakfast meals?

In the 2011 study to determine whether a high-protein breakfast is better given to American teenagers in a solid or liquid form, the study found teenagers who drank a high-protein shake for breakfast reported a lower feeling of satiety, compared to those who ate a similar energy equivalent meal of pancakes and eggs. The teenagers who drank the shake were hungrier by lunch time and consumed 480 kilojoules (115 kcal) more at lunch than the group who had the meal. Lunch was four hours after breakfast.

The study showed liquid foods do not offer the same feeling of fullness as solids. Solid foods stay in the stomach longer. They slow down gastric emptying, and promote the release of hormone peptide-YY from the lower smaller intestine and colon.

Peptide-YY is responsible for the feeling of fullness after a meal. High levels of the gut hormone in the blood reduce a person’ urge to eat. Peptide-YY is crucial in regulating appetite and body weight.

A broader study of adults between 18 and 50 years old showed similar results. Participants who drank a cherry-flavoured drink showed a higher rating of hunger, more gastric emptying, and lower levels of insulin and GLP-1 release than when they consume the same food in the form of gelatine cubes. The gelatine elicited a higher level of satiety.

Glucagon-like peptide-1 is an appetite suppressant similar to peptide-YY.

The study showed a person’s perception of the food also played a role in determining the level of satiety. Participants who were made to believe the gelatine cubes would stay in the same form when they entered the stomach, reported a lower level of hunger, compared to when they were correctly told the gelatine would turn quickly into a liquid state in the stomach.

SATIETY, REFINED BY OUR FOOD EXPERIENCES

Our oral senses — closely connected to satiety — have been refined by a lifetime of food experiences, according to an article by Lucy Chambers et al. on optimising food for satiety, published in Trends in Food Technology and Science.

Solid foods are perceived as filling because we eat when we are hungry, and we drink to quench our thirst. Beverage foods trigger lower levels of satiety because we perceived fluids as thirst quenchers rather than food.

When you are not feeling full, you are more likely to reach out for a snack or to eat more at the next meal. High calorie beverages add to the daily energy intake of a person, without offering the same levels of fullness as meals. Rising consumption of high calorie drinks has contributed to a spike in obesity levels around the world.

The bubble tea business is a thriving business in Singapore. The Sunday Times, the weekend edition of the local newspaper, named black-sugar bubble tea, one of the five biggest food fads of 2019. There are at least 20 brands offering their concoctions of the black-sugar flavoured tea in 2019.

If you have been drinking a cup of black-sugar bubble tea a day, you may have added more calories to your daily intake than you realised. Skip that regular visit to the bubble tea shop.

BEVERAGE FOODS WORK FOR SOME PEOPLE

Healthy beverage foods like smoothies do not provide the same feeling of fullness as solid foods. But they are good alternatives for busy people who otherwise would not have the time to eat.

Meal replacement shakes have also shown to help individuals with diabetes lose weight, partly by decreasing the contact with food, which reduces the temptation from food.

High-protein beverages can also benefit seniors who are mildly malnourished, or suffering from osteoporosis or sarcopenia. The drinks can offset the energy deficiency in their diet.

However, if your goal is to lose weight, eating a healthy meal is still better than drinking a healthy beverage. The meal triggers a higher level of satiety. It is the feeling of satiety that keeps you from eating more at the next meal.

What Type of Knee Pain Do You Have 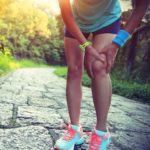 Say No to Knee Pain

Knee pain can be caused by an injury like a fall or a sudden force to the knee when playing a contact sport. But it can also happen slowly and not from a traumatic event… READ MORE

Pilates: 8 Weeks to a Stronger Core 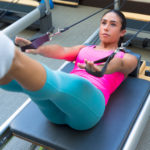 A More Lasting Relief from Back Pain

You have been advised to try Pilates for your back pain. Can Pilates help? Read what the research say about Pilates for back pain…